Egal anniversary – we have been connecting together for 30 years

The month of June was something special for all of us associated with EGAL. We celebrated the 30th anniversary of our family business. The story began when the brothers Egon and Aleš Süssinger founded the company for trade, engineering, representation, marketing, and distribution in the uncertain times just before Slovenia’s independence. Shortly afterward, Aleš continued his professional career in the pharmaceutical industry in foreign markets, and in 1996 Egon merged with the American company Panduit, with which we are still successfully cooperating today.

In 2015, the company went through reorganization: Egon left the company, while his daughter Una Süssinger took over the leadership role. Short after, Egon’s son Peter Süssinger also joined Una in the company. By joining forces and expanding the team, we were able to undertake a larger number of business projects while expanding over a larger area in the south-eastern part of Europe. We continue to successfully connect with companies, leaders in their respective fields in our key markets.

We are pleased that our suppliers, business partners, and customers from Southeastern Europe continue to work with us for 30 years. We believe that we will continue to bring together hearty people, advanced technologies, and great ideas.

We celebrated the anniversary in a circle of employees and their families. You can relive our moments in the photos below. 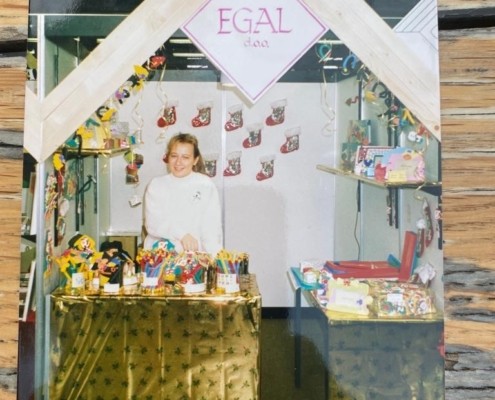 One of EGAL d.o.o. first visits of Ljubljana fairs. 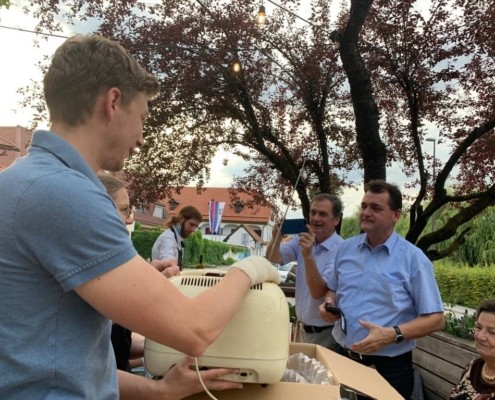 Gift giving ceremony – transistors, from the times when the founders of Egal d.o.o.

were employed in Iskra Pržan, where such transistors were produced for foreign markets. 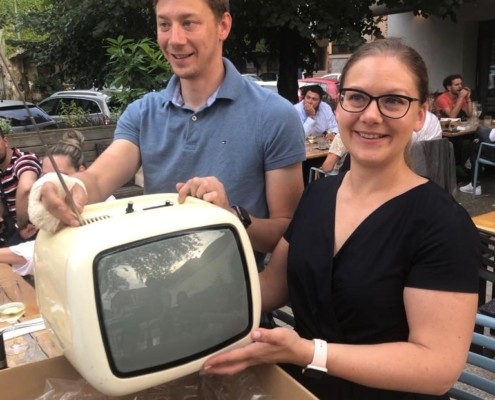 Iskra’s transistor is kept on display at a special place in the company.

How to discover useful innovation during a trip